This week I had two very different experiences which had me thinking about the future of jobs. On Tuesday I was invited to a workshop host by Perpetual Trustees with the Stanford Centre for Philanthropy and Civil Society. I was there isn my role as a futurist and a venture philanthropist (I am a partner at Social Venture Partners Melbourne  See :  Summary Video). The subject for the session was Digital Technologies and Democratic Theory and involved a range of not for profit organisations, commercial businesses, and startups.

A lot of the discussion was on the effects of technology on our wider society, and our political systems in particular. Rob Reich and Lucy Bernholz from Stanford took the temperature of the room on whether we are optimists or pessimists about the effects and capabilities of technology. I was surprised by the fact that the overwhelming majority of the room was optimistic. I placed myself as pessimistic. I think that there is a lot to like about the capabilities of technology to connect people together, and for people to take action. I just think that the reality is a little more sobering, and that the effects of technology on our wider societies, in particular the future of work, will outpace the capacity of the technologies to bend the overall direction to the benefit of all.

While I am no means certain I fear a future where more jobs are eliminated than are created for the first time in our technological development. If such a change occurs it has the potential for both good and bad. The negative picture is one where more and more wealth accumulates in the hands of the few and is not distributed across the general population. That is a recipe for revolution. This is particularly troubling where public trust in our democratic institutions has fallen significantly. 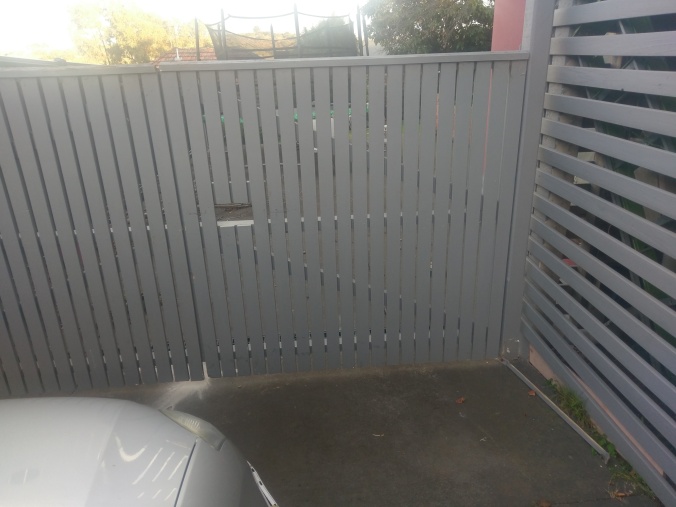 My other experience is that we hired a handyman to move a gate in our driveway. For some reason I cannot understand the previous owners placed a gate part way down the driveway leaving a whole lot of unused space behind it. On top of that there are significant parking restrictions on our very steep street and so visitors have to park down the hill and walk up. This is getting to be a particularly serious issue as our parents age.

The original installation of the gate had not been particularly professional and so there were problems opening and closing the gate due to warping of the wood. When we got down to the details of the job we discovered that about 13 different types of bolts and screws had been used in the original gate installation. On top of that some were metric, and some were imperial (inches) and some seemed in between. On top of that some of the screws had been rounded out and were impossible to remove by standard methods. The problem was exacerbated by the fact that the concrete at the new position we were looking to install the gate on had three different levels.

Luckily we had hired an old time craftsman/handyman who had all the tricks and now the gate is safely installed (see picture). The dog has no chance of getting out, and our parents can now park in the driveway. Those are the sorts of jobs that are not going away in a hurry because of the levels of variation for each job. Our handyman (also Paul) says he reckons he has 20 years of work ahead of him in his semi-retirement. I think he is right and if you are concerned about the future employment of your children and they have aptitude for this sort of work (which includes plumbing) then keep encouraging them.

I realise that these two subjects are different ends of the same issue and the second one has no real bearing on the wider societal issues. I will keep trying to make a contribution to those wider issues.